AI in the UK: The only way is ethics 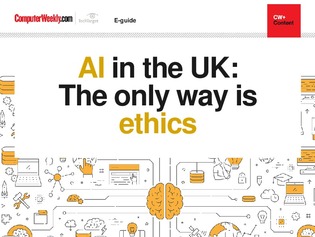 The ethics of artificial intelligence has been a burning issue over the past year or so. In the UK especially this has been brought into focus by a House of Lords Select Committee report on the place of AI in UK economic strategy and by the controversies surrounding the use of social media data in political campaigning – especially in relation to Brexit and the election of Donald Trump to the US presidency.

The Cambridge Analytica controversy was a byword for the two latter, taken together; and the idea that the UK could specialise in AI ethics emerged from the Lords report.

The Cambridge Analytica case raised an ethical issue of particularly keen concern to early career data scientists. Should they take a job with any company that seems to be capitalising on personal data in areas that regulation does not yet reach? “Just because you can does not mean you should” is a commonly expressed idea in the data science community. But what does that mean, in practical terms?

The idea that the UK could find an ethics niche in the global AI economy was one that Nigel Shadbolt, principal of Jesus College, Oxford and co-founder of the Open Data Institute sat down, in July 2018, to discuss with Computer Weekly. We also interviewed Roger Taylor, chair of the new Centre for Data Ethics for his take on the matter. And Jeremy Wright, the Secretary of State for Digital, Culture, Media and Sport contributed a think-piece to Computer Weekly, Putting the UK at the forefront of ethics and innovation in AI and data.

We also found the innovation centre Digital Catapult unveiling its first Ethics Framework, and the Nuffield Foundation setting up a £5m “data ethics” institute, named after Ada Lovelace, daughter of the poet Byron and widely seen as a pioneer of computing.

Over the pond, too, our US SearchEnterpiseAI site has explored the ethics of AI, as with this analyst column dealing with how enterprises must confront the ethical implications of AI use as they increasingly roll out technology that has the potential to reshape how humans interact with machines.