AI proves value in HR, but handle with care 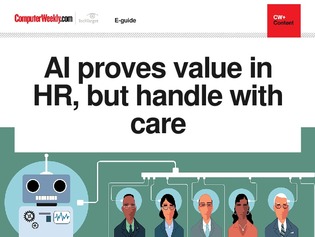 Artificial Intelligence could be, and often is, seen as a bogeyman in HR. The infamous Amazon case, widely reported in 2018, where a recruitment algorithm decided not to consider women candidates because of their gender, basing itself on past data, is a byword for how things can go wrong with AI in HR.

But AI is also proving its value for HR. The Amazon debacle, which came to light in 2015, leading to the termination of that specific project in 2017, has not stopped companies using AI to standardise recruitment. And Amazon said it had never used the rogue algorithm for real, in any case.

The increasing prominence of AI, and other digital technologies, means that organisations are also being forced to re-skill the workforces they have recruited and retained. Even CIOs will need to up their game to stay relevant, we find.

And, contrary to popular common wisdom that AI is bound to be on the side of the bosses and against the workers, we also see, in this e-guide, how the allocation of work by algorithm might have advantages for workers as well as employers, even in the so-called “gig economy”.

Moreover, there is more to advanced HR software use than AI. In this e-guide we see it being used, in richly detailed case studies, at a strategic level by a trio of companies: at the merged Standard Life and Aberdeen Asset Management, The Gym Group, using data analytics to support expansion , and Agfa-Gevaert, to effect a spin-off.