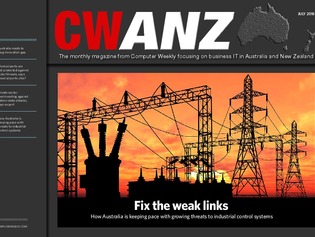 Recent reports have suggested that cyber threats are increasingly aimed at critical information infrastructure such as power grids, water treatment plants and transportation networks. While the scale of the problem that Australian industry faces is hard to quantify, no one disputes the threat is real. In this edition of CW ANZ, we look at how Australia is securing its industrial control systems and how it is bridging the security gap between IT and OT teams.

Also in this issue:

Being at the crossroads of technological change, Australia should decide if it wants to be a producer of cutting-edge applications or be contented to remain no more than a user of technology

Most airports are not protected against cyber threats, says Israel airports chief

The chairman of the Israel Airports Authority paints a dismal picture of the state of cyber security in aviation, and offers advice on what can be done to avert the next disaster