Close gaps in your DR plan with these tips for testing 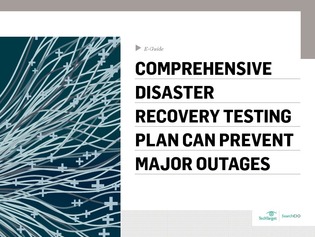 In August 2016, Delta Airlines suffered a major outage at its Atlanta command center due to a power failure – causing flight cancellations, stranded passengers, and questions about what caused a major airline to ground all operations.

While it was later revealed that some of Delta’s servers were not connected to a source of backup power, many believed that a DR test would’ve caught this issue much sooner. So what can you do to avoid a Delta-like failure?

This exclusive e-guide details four key DR testing practices to include in your disaster recovery testing plan. Access now and you’ll also learn how to test your DR/BC plan in order to close the gaps and save IT and the business a lot of grief.